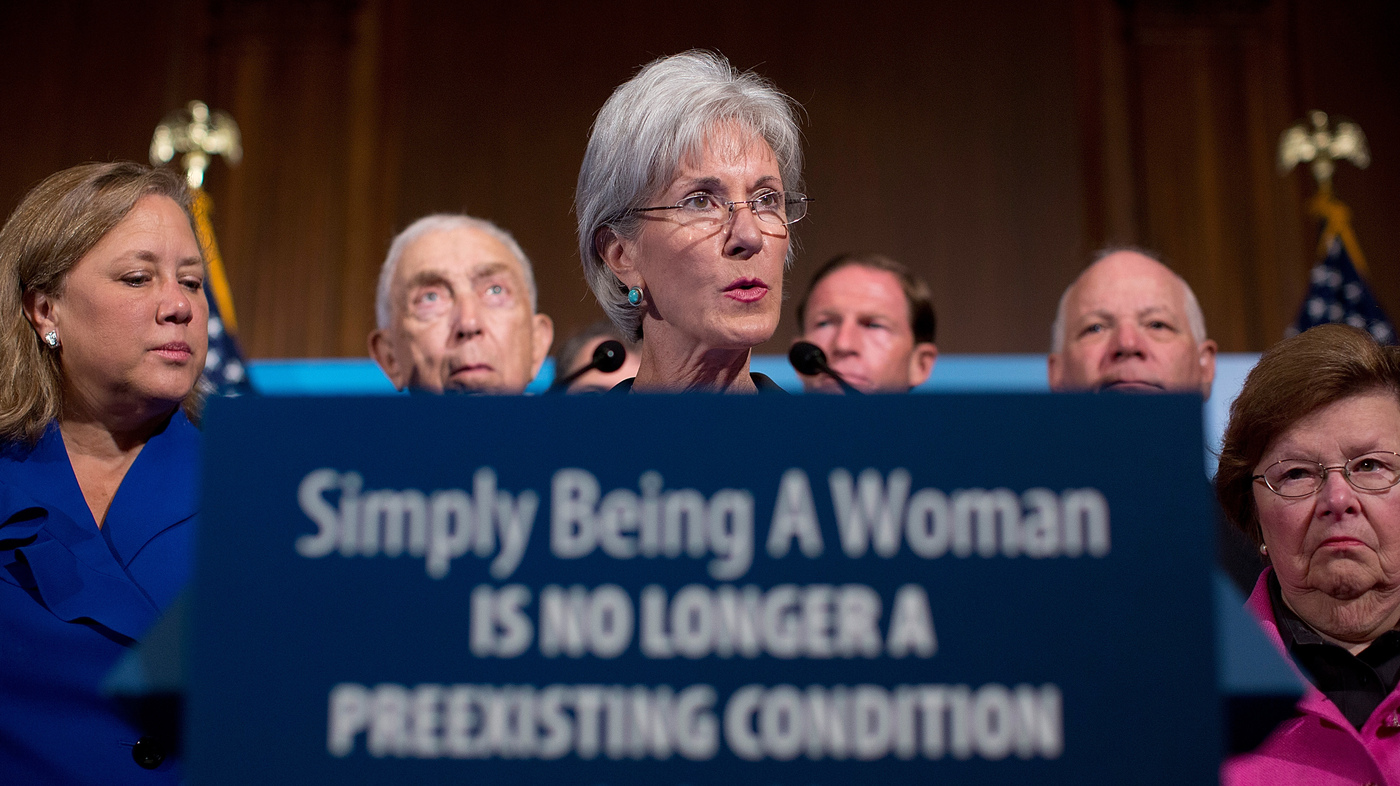 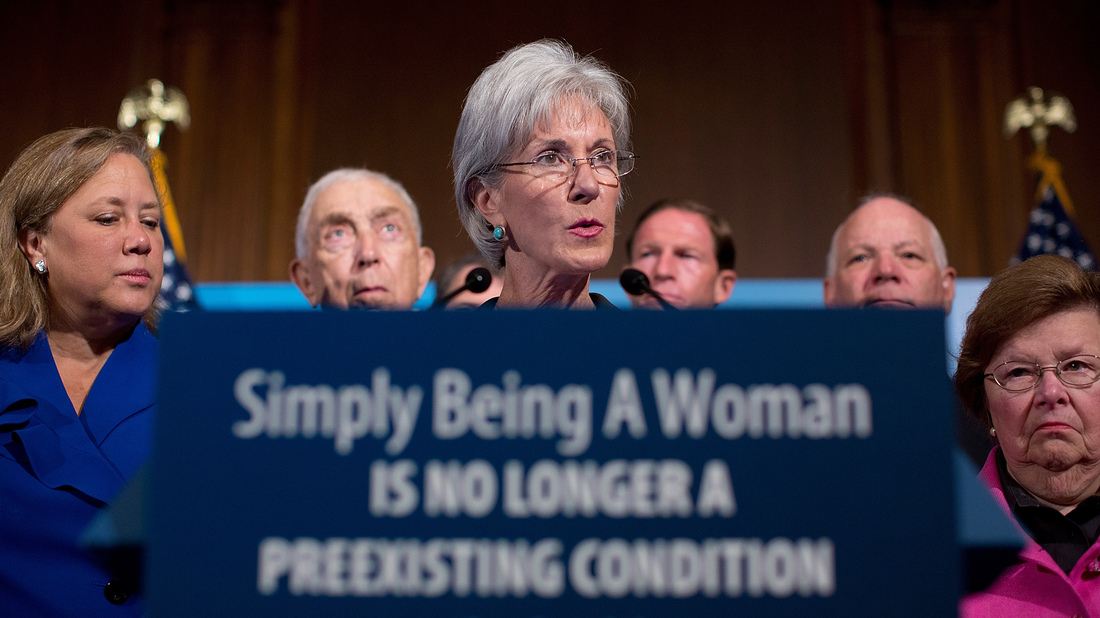 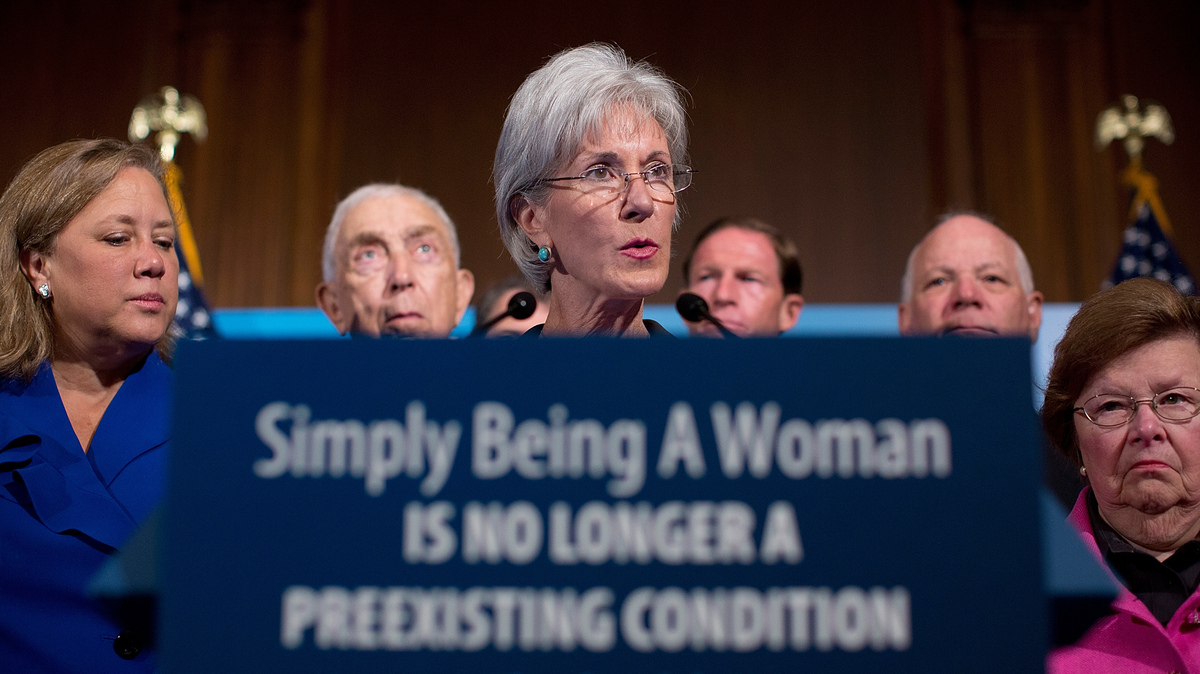 Beginning today, most new and renewing health insurance plans must begin offering a broad array of women’s preventive health services, most notably coverage of birth control, at no upfront cost.

But even as they take effect, the new rules remain the subject of legal challenges.

That didn’t stop Health and Human Services Secretary Kathleen Sebelius from taking a victory lap of sorts Tuesday on Capitol Hill. Surrounded by more than a half-dozen Democratic senators who voted for the health law, she noted that before the law was passed, many insurance plans either didn’t cover basic women’s health services, or they charged high deductibles or copayments.

“So as a result,” she said, “surveys showed that more than half the women in this country delayed or avoided preventive care because of its cost.”

Thanks to the law and the new rules now taking effect, Sebelius said, that should no longer be the case.

“All new insurance plans will be required to cover additional services and tests for women, with no out-of-pocket costs,” she said, “including domestic violence screenings, FDA-approved contraception, breast-feeding counseling and supplies and a well-woman visit, where she can sit down and talk with her health care provider.”

Health and Human Services estimates that 47 million women are enrolled in health plans affected by the rules, which take effect as health plans are renewed.

Most of the new coverage isn’t very controversial, except that part about FDA-approved contraception. The original version of the rules issued by the Obama administration exempted churches and other religious organizations, but still required religious-affiliated universities, hospitals and social-service agencies to abide by the coverage requirement. After a months’ long backlash led by the Catholic Church, the administration decided to give all religiously affiliated organizations an additional year while it seeks a compromise.

Sen. Tom Harkin, D-Iowa, chairman of the Senate Health, Education, Labor and Pensions Committee, said that should be sufficient. “I think the exception the Obama administration has come up with is sensible,” he said at the news conference.

Indeed, while several Catholic and other religious organizations are suing to block the rules, at least one judge has said those lawsuits are premature, precisely because the administration has promised to try to find a workable solution.

But now there’s a separate legal battle being waged against the contraceptive coverage requirement. It’s coming not from religious employers, but from private business owners who happen to be religious and don’t want to pay for a health benefit they say violates their beliefs.

Last Friday, a federal judge in Colorado said a heating and air conditioning company in Denver doesn’t have to abide by the new rules, at least not for now.

“It’s a third-generation family company; they’ve run it for 50 years,” said Matt Bowman of Alliance Defending Freedom. He’s the lawyer representing the HVAC company, Hercules Industries. “They provide their employees with generous compensation and benefits, including for pregnancy and women’s health,” he said. “But they also run their company according to their Catholic beliefs. And they contend that every family, every business owner, every American should be able to live and do business according to their faith.”

In this case that means not paying for contraception or sterilization or the so-called morning-after pill for the firm’s 265 employees or their dependents.

Bowman says the requirement conflicts with another federal law. “The mandate is in blatant violation of the Religious Freedom Restoration Act of 1993, and the judge basically said that at first glance that’s what he thinks, too.”

But Marcia Greenberger of the National Women’s Law Center says she thinks there’s no way the courts will allow private businesses to decline to offer health coverage just because it violates owners’ religious beliefs.

“It would so upend our whole legal system to allow any employer to decide for itself, what are its beliefs, and then impose them on its employees,” she said. “I just don’t see that as something the courts will tolerate ultimately.”

Greenberger says there’s already precedent for courts stepping in, such as a case of an employer who didn’t want to provide benefits to married women “because they should be covered by their husbands and married women can’t be a head of household, according to this employer’s religion. Well, that was viewed as plain old sex discrimination and [was] struck down.”

The Colorado case still must make its way through the judicial process, as will several other cases brought by private employers. Meanwhile, the new rules begin to take effect for everyone else.