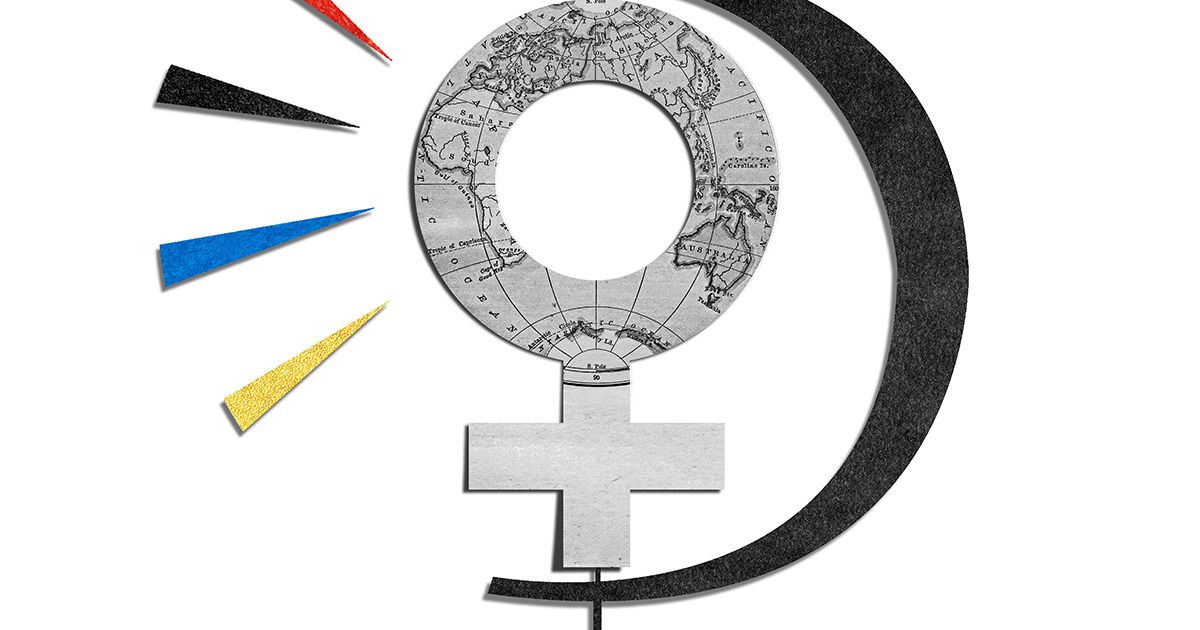 The Dallas Morning News is publishing a multi-part series on important issues for voters to consider as they decide who to vote for president this year. This is the second installment of our What’s at Stake series, and it focuses on foreign policy. Find the full series here.

A century after women secured recognition of their right to vote within our own democracy, we must recommit to ensuring that women and girls around the world have the opportunities to engage in all levels of society throughout their lives.

Gender equality strongly correlates with the spread and sustainability of freedom and peace, as demonstrated in a 2017 study by the Brookings Institution. The rightful participation of women and girls across society is vital to the development of a democracy, and one of the most influential ways to assure prosperity and stability in our world today is via a foreign-policy agenda that prioritizes the rights and well-being of women and girls.

This approach embeds gender equality and the experiences of women and girls within all facets of foreign affairs, from diplomacy to trade to development. When women have the agency, access, and ability to contribute and succeed, everyone benefits. For example, the more women are visible and vocal within government, the more institutions prioritize transparency, social welfare and justice systems.

Women’s participation in conflict resolution has a direct and lasting influence, research from the Council on Foreign Relations shows, increasing initial success rates and the probability of sustained peace. Women also ensure reconciliation efforts include critical services such as education, justice and economic development, according to a report in the journal Inclusive Security.

Women have historically been key responders in the face of adversity. During times of crisis, they often assume a significant share of caretaking and community response.

The coronavirus pandemic is a great example. While the world grapples with the devastating impact of COVID-19, women are fielding the front lines. From shouldering the majority of roles in the health care sector and service industries to addressing immediate voids in education and dependent care, women are saving lives and keeping societies moving in the face of incredible obstacles.

As American suffragist and women’s rights advocate Alice Paul said decades ago, “If the women of the world had not been excluded from world affairs, things today might have been different.” In the months ahead, we must not forget her words.

Because the fact is that true gender equality doesn’t yet exist anywhere on earth, despite its demonstrated influence in enhancing the well-being of all.

Globally, the absence of women remains especially acute in leadership and decision-making. Just 20 of 193 countries currently have a female head of state or government, and two-thirds of countries have never had a female serve in these roles. In only 14 countries is the membership of the national legislature at least 50% female. Additionally, just a fifth of government ministers worldwide are women, with the largest concentration of female ministers overseeing family and social affairs, according to the Interparliamentary Union.

Looking to peace and security, women account for just 3% of mediators, 13% of negotiators, and 4% of signatories across major peace processes between 1992 and 2018, according to data from UN Women and CFR. Moreover, most peace agreements since 1990 failed to reference women or topics like gender-based violence.

Even in the context of the pandemic, women are outnumbered in leadership roles. For example, more than 70% of executives of global health organizations are men, according to the 2020 Global Health 50/50 report.

This month, the U.S. commemorates the centennial of the ratification of the 19th Amendment, which allowed women to vote. If the global status quo of barriers and bias continues, the World Economic Forum forecasts it will take another 100 years for men and women to achieve parity. Though progress on issues like health and education has occurred in some capacity, women and girls are still without adequate access to services, protections and opportunities.

The challenges that impede women’s full participation are vast. They include restrictive and discriminatory social and cultural norms, the uneven distribution of domestic and dependent care responsibilities, lack of recognition of rights and legal protections, and inadequate access to education and skills training, capital and markets.

If women earned even minimum wage for the unpaid labor they provide in caring for their families and their homes, their total global earnings for last year alone would equal $10.9 trillion, according to an analysis by Oxfam.

Almost 90% of people around the world harbor prejudice against women and girls, according to the United Nations Population Fund’s “Gender Social Norms Index.” Even here at home, 3 in 10 men in the United States feel that gender equality has come at the expense of men, a Pew Research Center survey showed.

Women and girls strengthen free and open societies, but our societies still don’t encourage their complete inclusion and engagement. In seeking to fortify stability and prosperity around the world, one of the best ways the United States can succeed is through the prioritization of gender equality within foreign policy. In the wake of COVID-19, especially, inclusive strategies and investments are essential.

This includes the promotion of gender equality across government institutions; the consistent application of a gender lens to diplomatic, economic, and national security priorities; the equitable inclusion of women in key leadership roles, negotiations and processes; and increased support for using gender-disaggregated data in decision-making.

As the United States honors the courage of those who fought for the recognition of our fundamental rights to engage in our own democracy by voting, we must also take a sober look at the hard work that remains, both here and abroad. In the pursuit of a brighter future, support for policies that assure the rights and well-being of women and girls globally is necessary now more than ever.

Natalie Gonnella-Platts is director of the Women’s Initiative at the George W. Bush Institute. She wrote this column for The Dallas Morning News.

Got an opinion about this issue? Send a letter to the editor, and you just might get published.