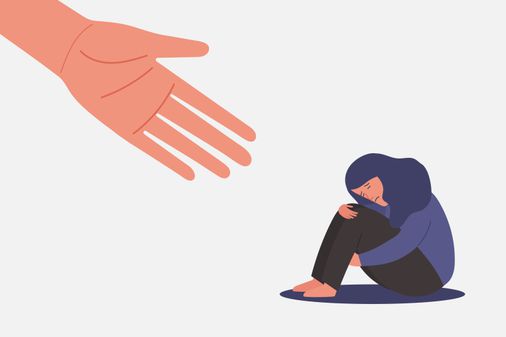 Two years ago, would you have believed that we could scale up the mass production of a lifesaving vaccine? Could you have imagined the flood of campaigns on COVID information: the tests, the masks, the awareness?

Meanwhile, however, kids desperate for mental health intervention are flooding emergency rooms, and attention and money to address the problem aren’t coming fast enough. We need an Operation Warp Speed, but for psychological care. The mental health crisis deserves the same attention as a deadly virus, because the threat is just as severe.

Suicide is now the second-leading cause of death among teenagers, and the rates increased during the pandemic. In February to March of 2021, ER visits for suspected suicide attempts were up 51 percent for girls ages 12 to 17, compared with the same period in 2019. In October, the American Academy of Pediatrics, the American Academy of Child and Adolescent Psychiatry, and the Children’s Hospital Association declared a national emergency in children’s mental health.

I cover parenting for the Globe, and I know that families are frantic for support: They can’t find a therapist or they can’t afford one.

“You feel a sense of hopelessness,” one parent told me. “You feel like you’re not able to protect your child.”

This mom, who happens to be a therapist with a deep professional network, has been on a doctor’s waiting list for 16 months to get help for her elementary-schooler. What hope is there for an average parent picking names off their insurer’s website, hoping for availability and coverage?

Therapists are notoriously overbooked and financially crushed by the lack of adequate reimbursement from insurance companies. And out of pocket, a single therapy session can run hundreds of dollars. My therapist charges $250 per hour, and I don’t blame him for the steep price tag: He has to pay his rent, malpractice insurance, required continuing-education classes, et cetera. In contrast, I have a $20 copay for primary care provider visits.

“This pandemic has shown that as a society, too often, we have traditionally treated mental health as the ‘other’: something with lots of stigma that we don’t want to talk about, or unfair differential financial reimbursement,” says Daniel Dickstein, associate chief for the Nancy and Richard Simches Division of Child and Adolescent Psychiatry at McLean Hospital.

For kids in crisis, the next best step becomes the emergency room. The proportion of emergency department visits for mental health conditions significantly increased during the pandemic and more frequently required hospital admission. But there aren’t enough beds. From March through September 2020, 39 percent of pediatric behavioral health emergency visits resulted in boarding (waiting for more than 12 hours), compared with 28 percent of adult behavioral health visits. According to the Massachusetts Health Policy Commission, one likely reason for long boarding times is the loss of nearly 270 psychiatric beds due to closures and protocols around physical distancing and quarantine.

“When there are no inpatient beds, children and teenagers get stuck in the emergency department — sometimes for hours, sometimes for days, and sometimes for weeks,” says Dr. Erin Beaumont, site chief of the Cambridge Hospital Emergency Department. On a recent morning, half of her emergency room was filled with behavioral health patients.

“Emergency departments are not for kids,” Beaumont says. Not only will children risk exposure to COVID, “but the experience is often traumatic.”

I get it: I once languished in a local ER due to debilitating panic attacks. That loneliness, that drowning powerlessness, was terrifying at 40. I can’t imagine the feeling at 14. It is horrible to feel like a cog in the wheel of a congested emergency room while your brain is betraying you.

We have an opportunity: The Biden administration recently announced nearly $85 million in funding for youth mental health treatment and training to prevent these crises. And so: Emergency rooms devoted to pediatric mental health patients should become standard. Just as a well child exam is expected every year, a mental health exam should be, too. Lifesaving psychological professionals should be compensated accordingly, because mental health is not a luxury. And school staffing needs to improve. The American School Counselor Association recommends 1 counselor for every 250 students; in Massachusetts, it’s 1 for every 390.

“People talk or complain about ‘the system’ of mental health care — for children, teens, or even adults — but the reality is that what we have now was not deliberately planned by patients, providers, payers, and political and community leaders working together. Like a house that has had multiple piecemeal repairs and renovations, what we have now are different parts meant to provide care without a coherent vision,” Dickstein told me.

This is our chance to create that system. COVID has proved that in times of crisis, we can harness urgency and create solutions that once seemed impossible. But pandemics wane. Depression, anxiety, suicidal ideations? They’re chronic. They must be tamed like a virus, which demands the immediate reframing of mental health care as a medical issue requiring proactive treatment, not a nice-if-you-can-get-it reward for networking and luck that leaves too many kids behind.

Kara Baskin is a frequent contributor to the Globe Magazine. Send comments to [email protected]