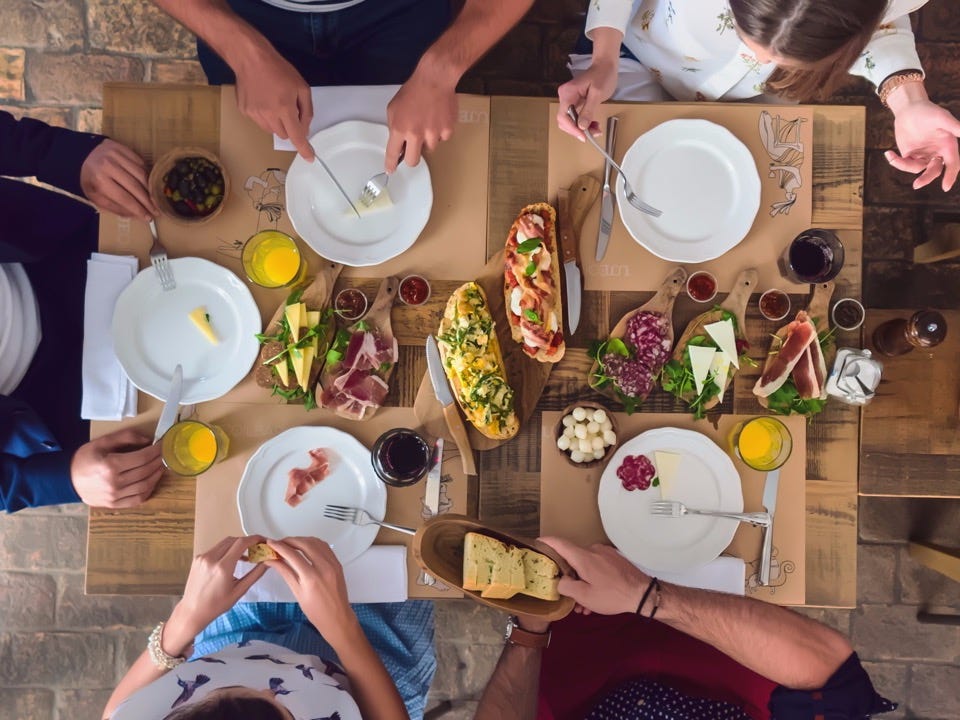 Fasting, or abstaining from food for periods of time, is one of the hottest trends in nutrition.

But some advocates of the practice take this to the extreme, consuming nothing but water for weeks on end.

Proponents, who fast for 30 or more days at a time, say the practice helps the body heal itself. That’s a dangerous claim with potentially fatal consequences, according “(Un)Well,” the new docuseries on Netflix that tackles the wellness industry.

Claims that it could heal serious illnesses far outpace the evidence, according to experts in the series and those interviewed by Insider. This misinformation could have serious risks for those desperately seeking cures for mental and physical ailments.

An episode of “(Un)Well” follows one woman, Wanda Cook, as she attempts a 28 day water-only fast to treat her diabetes and high blood pressure. Research suggests that fasting could be a promising form of treatment for people like Cook, who have struggled to manage metabolic illnesses by more conventional means.

Most of this research focuses on intermittent fasting, an increasingly popular form of fasting in which participants refrain from eating for a short-term period, such as 16 to 20 hours a day, and eat normally otherwise.

There’s promising evidence to suggest this type of fasting can boost fat loss, control chronic illnesses like diabetes, and even extend lifespan.

There is less evidence for long-term water fasts

There’s less research, however, on long-term water-only fasting for periods of five days or more. But that doesn’t stop advocates from making astounding claims anyway.

One such fasting guru is Loren Lockman of the Tanglewood Wellness Centre, a facility in Costa Rica dedicated to fasting retreats for healing.

Lockman said that his protocols can heal serious illnesses, claiming that blind people have regained their vision after fasting, and people with cancer have had tumours disappear.

“The body can heal from virtually anything if they fast long enough,” he said in the episode.

Lockman said that fasting at the Tanglewood Centre isn’t supervised by a medical doctor, and that having a doctor on staff would be “counterproductive” because of the “brainwashing” within the medical industry.

The Tanglewood website also notes many people experience a “healing crisis” that could involve “almost any symptom you can imagine,” claiming this is evidence that the fasting process is working and cleansing the body of toxins.

In the episode, Cook successfully completes the fast, and experiences benefits like better blood sugar control while at a medically supervised facility.

But others who have tried extreme fasting measures have not been so lucky.

One Tanglewood patient, Jonathan Kamm, died in 2011 after completing a 32 day water fast, according to an interview with his wife, Lynae Chambers.

Chambers said her husband dropped down to 92.5 pounds by the end of the fast. During the refeeding process, he became delirious and tried to leave the facility. Lockman’s staff left him at a hotel, where he fell and hit his head, later dying from the injury.

In the 20th century, a “fasting specialist” named Linda Hazzard was charged with murder for promoting a strict fasting regimen that reportedly causes dozens of people to die of heart problems.

Medically-supervised fasts can be done more safely, but are not entirely without side effects – one study found negative effects of fasting include fatigue, heart problems like irregular heartbeat and high or low blood pressure, dizziness, and stomach pain.

People undergoing strict and long term fasts may also experience unhealthy weight loss, including of muscle mass, constant fatigue, and feeling cold, hungry, or moody, according to a nutritionist.

“A lot of people who attempt water-only fasts are people really struggling with really debilitating illness that they’re not finding a lot of help for, so they’re looking for something to save them,” said Christy Harrison, a registered dietitian who advocates an approach called intuitive eating. “Not eating anything for weeks, months, is really dangerous and not something I would recommend.”

Dr. Miriam Merad, director of the Precision Immunology Institute at Mount Sinai School of Medicine, has published studies on the benefits of fasting, but says people should be wary of overdoing it, particularly if they have underlying health risks. Too much fasting can harm the immune system, Merad told Insider.

“The safety issue is a tough one. The public can use our literature to starve themselves to death. What we are lacking is a good definition of what is too much fasting,” she said, adding that her research suggests anything beyond two days of fasting can be risky. “It’s about balance and understanding the complexity of it.”

Netflix’s ‘(Un)Well’ delves into the dark side of fasting, essential oils, tantric sex, and other popular ‘wellness’ trends

A woman had to seek medical attention after eating essential oils for weeks on end, triggering full-body swelling and rashes

People are undergoing ‘bee sting therapy’ to treat everything from Lyme disease to wrinkles, even though it could be deadly

Site highlights each day to your inbox.