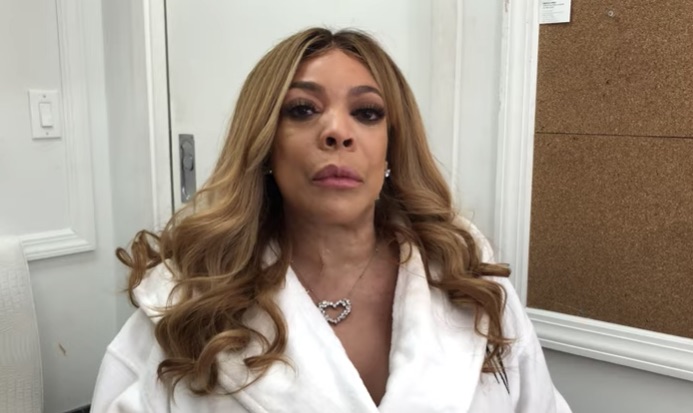 *Wendy Williams has shared a 5-minute video in which she gives an update on her health, but fans are convinced the clip is old.

The video was uploaded to Wendy’s new Instagram page Wednesday. In the clip, Wendy is walking along the beach in Miami. Her son, Kevin Hunter Jr., appears to be the one recording the video, as the two are reportedly living together in Miami.

In the video, Wendy makes clear that she intends to return to her show. “I want to be all I can be and then get back to New York and get on down with ‘The Wendy Williams Show,’” she says.

Page Six writes: “Online fans have questioned the timing of the video, noting that Williams mentions she goes to Florida because she has “real family … mother, father, sister, brother,” though her mother died in December 2020.”

“She thanks everyone who has been patiently awaiting her return and believes that, thanks in large part to the love and support of her son, her family, her new team of doctors and a change of scenery, she is on the mend,” the publicist told Page Six in a statement.

Williams’ 21-year-old son interviews her in the video, and asks “What do you have to say to those people who think you’re up to whatever it is?”

“Excuse me, I am going back stronger. At 56 years old, there are things that happen to people,” Williams said in response.  Google notes her current age is 57. Williams’ rep told Page Six that she misspoke about her age.

“I would say things usually start about 40 and they go up from there, you know, so you’ve got to eat the right food,” says Wendy in the clip.

Williams has not hosted her daytime talk show since July 2021 due to ongoing health issues related to her Graves’ disease and thyroid condition. The “Wendy Williams Show” has tapped a slew of celebrity guest hosts for its current season including Sherri Shephard who has been named a “permanent guest host.”

We reported earlier that Wells Fargo has frozen accounts belonging to Williams because the bank suspects she is being financially exploited amid reports about her ailing health.

Williams recently filed a restraining order against Wells Fargo in an attempt to regain access to her accounts. According to court documents, she accuses the bank of denying her access “to her financial assets for weeks without providing her or her counsel with adequate explanation or evidence to support its decision.”

A judge has yet to grant or deny Williams’ restraining order request.