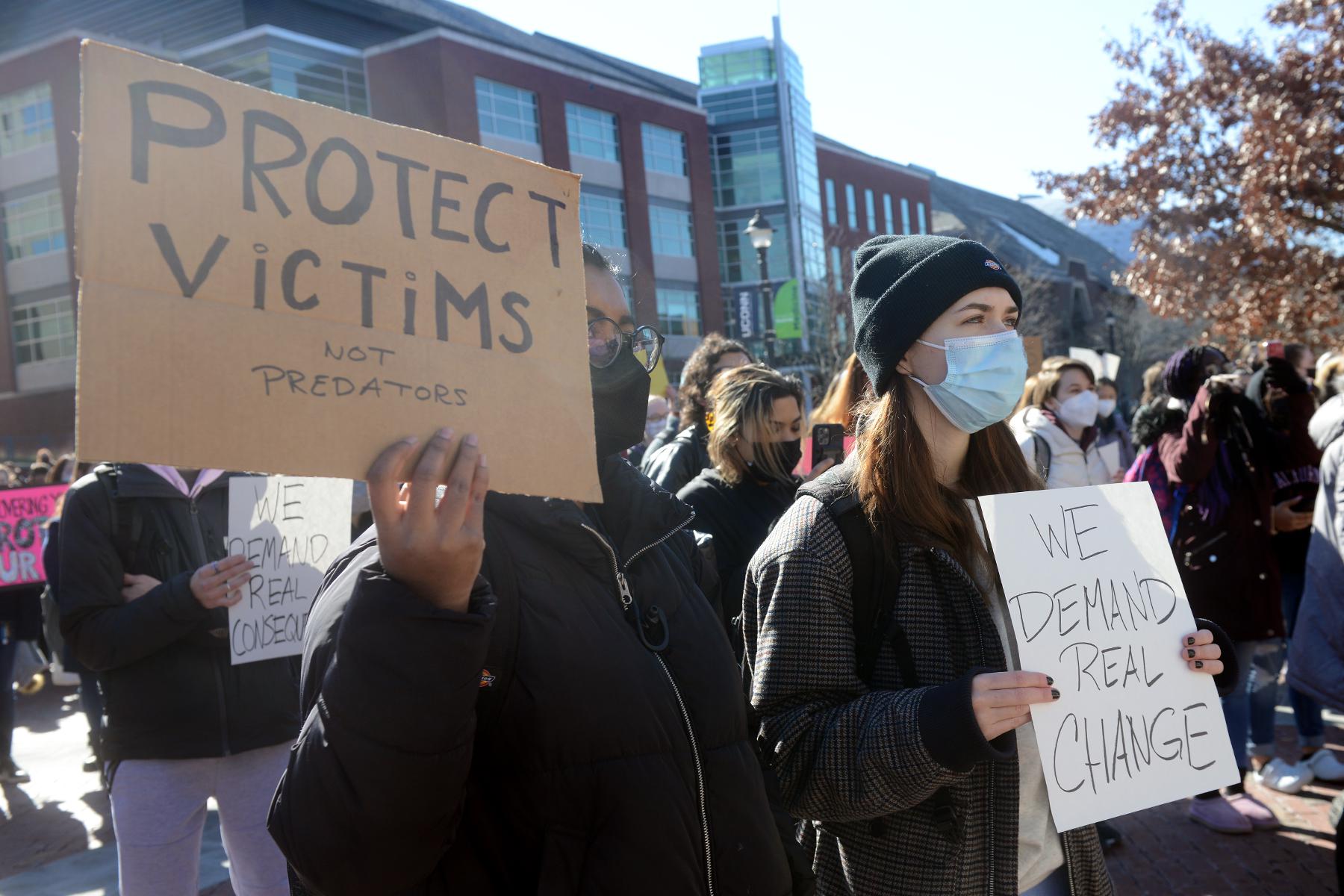 Amid recent student protests over the University of Connecticut’s handling of sexual assault investigations, university officials have cited two statistics that paint starkly different pictures of how many times students filed reports saying they were sexually assaulted.

By one measure, defined under federal regulations, UConn says there were 9 reported sexual assaults at its Storrs campus during 2020. By another, defined by Connecticut law, the university says it received 80 reports of sexual assault that same year.

While neither statistic is technically wrong, each has its flaws. And experts said the gap highlights shortcomings around the legal requirements that dictate how schools measure reports of sexual assault on their campuses.

“What you need is something in the middle, and it’s somewhat disappointing that that’s not what’s being done,” said S. Daniel Carter, an attorney and expert on campus crime statistics.

Knowing how often cases are being reported is critical to encouraging more victims to come forward to disclose what is considered a vastly underreported act, advocates said.

There are a variety of important differences between what the two metrics capture.

For example, the lower figure does not include any incidents that occurred off-campus unless it was on nearby public property or if the university or a student group controls the property, such as a Greek house. About 35 percent of Storrs campus undergraduates live off-campus, as do almost all graduate students, according to the university.

Meanwhile, the higher figure includes cases that happened in previous years but were reported in 2020.

But the university noted 64 of the 80 victims “were connected to UConn when the incidents were reported to have occurred.”

Referring to the 80 figure, UConn added: “Please also note that the term ‘sexual assault’ as used in the report is a broad term which includes any form of non-consensual sexual contact.”

Earlier this month, after some students raised concerns about how the school handles investigations of sexual assault, the university issued a statement describing the federally-required measure as “the most reliable indicator of sexual violence reporting over time on UConn’s campuses.”

“They include incidents with no connection to UConn, incidents that occurred before the reporting year, or other circumstances that prevent UConn from intervening in an enforcement role,” that statement continued.

In response to questions this week, UConn said only one of the 80 cases involved both a victim and alleged perpetrator who were not affiliated with UConn in any way.

In most cases, the victims had a connection to the university, the school said. Four of the 80 cases were reported by “non-students/non-employees,” while in 11 more cases the victim was unknown, the school said. The rest of the victims were current and former students and employees, including 53 who were undergraduates at the time of incidents.

UConn in its Feb. 4 statement described the state-required statistics as “critical to help us provide support, but are not an indicator of on-campus single-year incidents.”

In a statement Friday, university spokeswoman Stephanie Reitz said: “UConn believes that both reports are valuable and help provide a holistic view of these important issues when taken together.” She added that the federal report, “is the best indicator of incidents within a specific year on property that UConn owns or controls.”

Alexandra Docken, a 20-year-old student from Maryland whose recent protest over how the school handled her sexual assault claim sparked the recent concern at the campus, called UConn’s description of the figures “frustrating.”

“They’re trying to act like there are less reports than what there actually are” and trying to “distance themselves and make it seem like it’s less of a problem than it is,” said Docken.

“By playing down the numbers — that’s not just numbers, that’s somebody, that’s not just a statistic,” Docken added. “Each number is a person with a story, so that’s also really frustrating.”

The lower number comes from reports schools must file each year detailing campus crime statistics to comply with a federal law called the Clery Act. The law is named after Jeanne Clery, who was raped and murdered in her dorm room at Lehigh University in Bethlehem, Pennsylvania, in 1986. Her parents later lobbied Congress to institute the reporting nationwide standards.

In 2014, Connecticut passed a law extending the requirements of the Clery Act. It ordered colleges statewide to file annual reports that include statistics about reports of sexual assault, intimate partner violence and stalking, regardless of where the incident occurred and whether the perpetrator was connected to the school.

That law change followed a series of incidents, including a lawsuit against UConn brought by five students over how they said their claims of sexual assault and harassment were handled. The university ultimately paid $1.3 million to settle the suit.

Carter said the geographic restrictions on what schools have to report to the federal government mean important crime statistics are missed.

While Carter noted the Connecticut reporting requirements are too broad, he said the Clery numbers are “all but irrelevant” in measuring how often students are assaulted. “It’s just too narrowly defined,” he said.

Reitz noted the university widely publicizes both reports. UConn takes an expansive view of the Connecticut law in an attempt to capture as many reports as possible, she said.

“This is critical to ensure that students can receive services and support for trauma they experienced at any time in their life, and which they may continue to carry while living and learning at UConn,” she said.

UConn officials noted they can only investigate a case where a student or employee is accused, regardless of whether it happened on campus.

That means the university may not be able to investigate cases in which a student graduated or dropped out. But the university can and does still offer support, Reitz said, and campus police can help begin the process of filing a complaint if the student wishes.

The school may also “take a variety of responsive and preventative actions, including behavioral meetings with the alleged respondent, enacting University no-contact directives per a student’s request, and/or additional training and prevention work within impacted organizations and departments,” Reitz said.

In the majority of cases, the university can’t respond because the incident is never reported.

Authorities are notified in only about one quarter of serious sexual assault or misconduct incidents, a study by the Association of American Universities in 2015 found.

That means the best measure of the prevalence of sexual assault are university climate surveys, which asks a sample of the student population about their experiences, Carter said.

UConn conducted a climate survey in 2015, finding 5.5 percent of undergraduate and graduate students on the Storrs and regional campuses said they had experienced a sexual assault during their time at the university, regardless of whether it occurred on-campus or off-campus. That would translate to roughly 1,700 students, based on a calculation from the student population in 2015.

Soon, all Connecticut universities and colleges will be required to conduct bi-annual climate surveys, under a state law signed last summer.

Bridget Koestner, education and youth services coordinator for the Connecticut Alliance to End Sexual Violence, which lobbied in support of the law, said the climate surveys give students who didn’t wish to formally report an incident the chance to see their experiences accounted for.

Koestner said each of the data points has its own purpose.

“We really need to look at what the Clery numbers tell us, what the state’s reports tell us and what the students tell us,” she said.

One in three students who experience sexual violence end up unenrolling, Koestner said, highlighting the importance of strong reporting policies so that universities can respond and offer help.