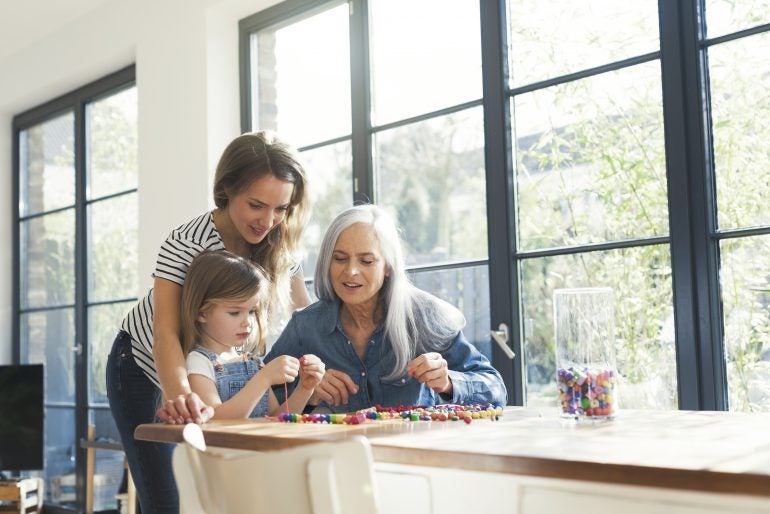 “Medicare for All” has long been a rallying cry for progressive Democrats, hitting a peak during the 2020 presidential campaign, but since taking office President Joe Biden has not thrown his weight behind the proposal, opting instead to call on Congress to expand benefits for current Medicare recipients.

Backers still hold out hope for a broader plan, and a 2021 Medicare for All bill has been proposed in the House of Representatives, but there are no signs yet it will move beyond committee.

Some experts and advocates say that while Biden’s proposed Medicare changes fall short of universal eligibility, they might pave the way for more significant reform in the future.

“Joe Biden did not run on Medicare for All, but in a lot of ways, the question is, ‘What lays the groundwork for the establishment of a national health insurance program?’” says Dr. Abdul El-Sayed, former executive director of the Detroit Health Department and co-author of “Medicare for All: A Citizen’s Guide.”

Biden’s proposed Medicare reforms could be “important steps on the pathway” toward Medicare for All, El-Sayed says. Details are still in flux, but the package could include:

In a 2021 NerdWallet survey, respondents favored broadening coverage to include dental, hearing and vision (53%) and negotiating lower drug prices (54%). Support was much lower for various options to lower the eligibility age: Just 23% were in favor of lowering it to 60, for example.

Gerald Friedman, professor of economics at the University of Massachusetts Amherst and author of “The Case for Medicare for All,” also speaks hopefully about incremental changes. “We’ve got to do something different than just going out there saying we want improved Medicare for All now and won’t take anything else,” Friedman says. “I think the incremental approach is the way,” he says. “By building capacity, by demonstrating competence, it’s the way forward.”

The idea of Medicare for All was much discussed during the 2020 campaign, but it isn’t always well understood, and can mean slightly different things under different proposals. If eventually adopted, how different would your health care and your finances look? Here are answers to some common questions about Medicare for All, as defined by the most recent congressional proposal.

Is Medicare for All universal health care?

Yes. “Under Medicare for All, everybody in the country would be in this one program,” Friedman says, adding, “The government would be the payer, and everybody would be enrolled.”

What services would Medicare for All cover?

Medicare for All “would provide every single person access to the comprehensive set of health care services in this country,” El-Sayed says. That’s actually much more than Medicare covers today.

“The current Medicare system has gaping holes,” Friedman says. He points out that, for example, Medicare does not currently cover most vision, dental or hearing care. “It also does not have an out-of-pocket cap,” he adds, “which every other insurance program does.”

A press release from the office of Rep. Pramila Jayapal, chair of the Congressional Progressive Caucus and author of the Medicare for All Act of 2021, describes how Medicare for All would expand coverage:

“The Medicare for All Act builds upon and expands Medicare to provide comprehensive benefits to every person in the United States. This includes primary care, vision, dental, prescription drugs, mental health, substance abuse, long-term services and supports, reproductive health care and more.”

Could I keep my private insurance or coverage through my employer?

No. El-Sayed says that the federal government would be “buying you out” of your private insurance under Medicare for All. This single-payer model has been championed by Sens. Bernie Sanders and Elizabeth Warren.

Some other health care reform proposals have included a public option, which would allow you to either buy into a government plan or stick with private or employer-provided insurance. The current version of Medicare for All would not offer that option.

After a transition period, private insurers and employers would be prohibited from offering coverage for the same benefits covered by Medicare for All. However, El-Sayed says that there may still be “a few insurance companies that offered a sort of concierge-level service for folks who wanted to pay for that.”

Could I keep my doctor?

Yes. “If Medicare or a national health insurance program is your insurer, and it is the insurer for everyone, then it basically becomes incumbent on every doctor and hospital to accept it,” El-Sayed says. “In fact,” he adds, “your access to whatever doctor you choose to see actually expands.”

The Medicare for All Act of 2021 would require providers, hospitals and clinics to meet certain “national minimum standards” in areas such as quality of facilities, staffing ratios, personnel training and outcomes. Those standards were first established as part of the original Medicare program, so there should be no disruption if your doctor — like most — already accepts Medicare.

What would Medicare for All cost?

There are really several questions here:

What would I pay out of pocket?

Nothing. You would not pay anything directly to a health care provider, clinic, hospital or insurer. Tax dollars would pay for all of the services you would receive under Medicare for All. “By eliminating copays and deductibles, people would have access to health care,” Friedman says. “People don’t go to the doctor because they can’t afford it.”

Providers would also be prohibited from sending bills for any remaining charges above the amount they receive from the government — a practice known as balance billing.

Would taxes go up to pay for Medicare for All?

Yes. “The catch is that you would be paying more in taxes … and we’re talking about a big tax increase,” Friedman says. The specifics of the tax arrangements are not yet settled, but Friedman and El-Sayed named income, payroll and wealth tax increases as potential options.

Would I pay more or less overall?

Most studies, including Friedman’s own estimates and analysis by the nonpartisan Congressional Budget Office, suggest that overall health care spending would decline under Medicare for All. On the other hand, some models with different assumptions show spending increases instead. For example, a study by the RAND Corp., a nonprofit public policy research organization, suggests that higher demand for health care might outweigh other cost savings, so the country would spend slightly more overall.

The article What ‘Medicare for All’ Could Mean for Your Health Care originally appeared on NerdWallet.