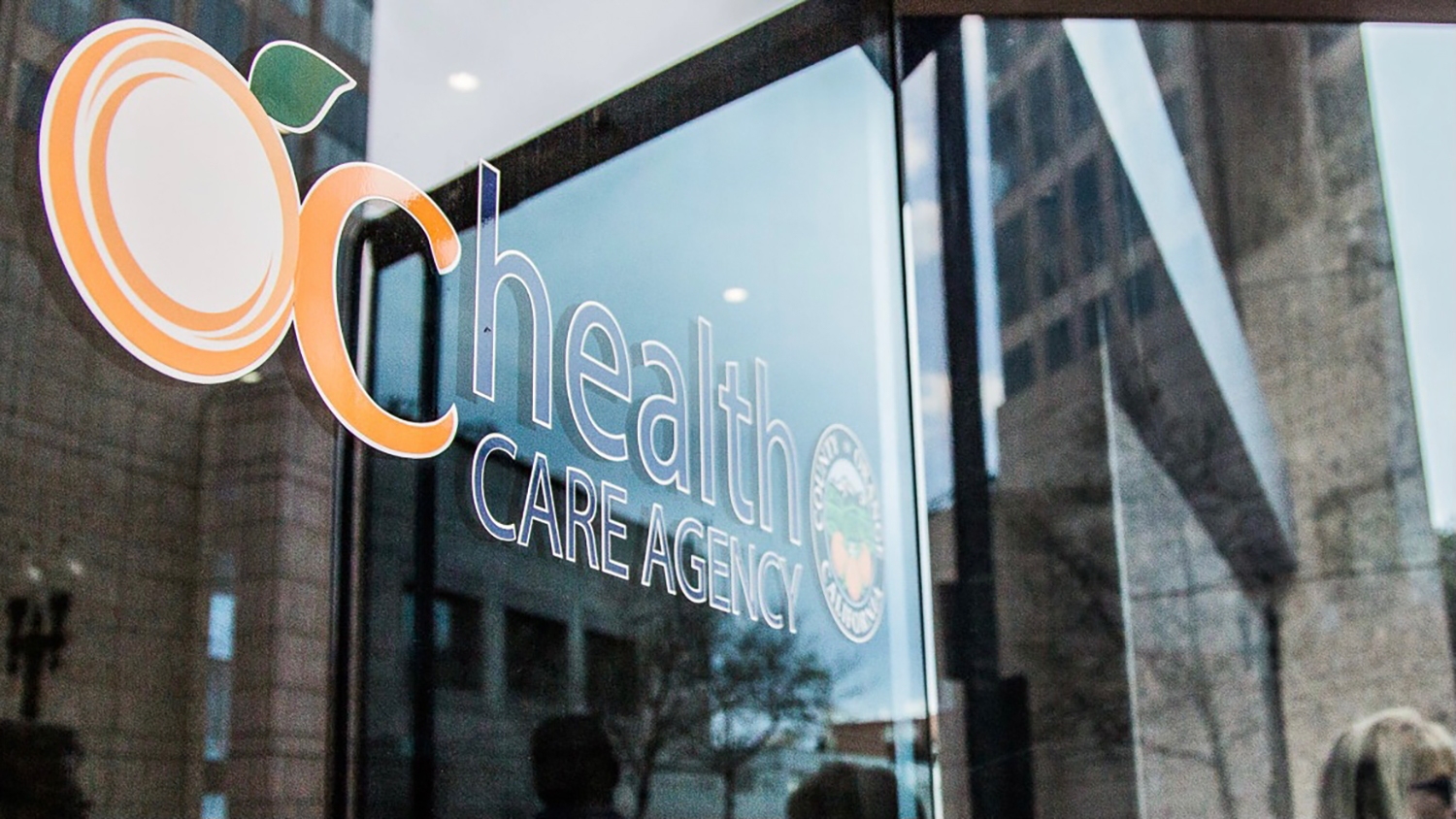 For the second time during a COVID-19 surge, the Orange County Health Care Agency has lost two key leaders — doing celebrated work — to nearby public agencies.

A pioneering leader in the nation’s rising nonprofit news movement and an award-winning journalist. Santana has established Voice of OC as Orange County’s civic news leader, uncovered truths across Southern California governments for more than two decades and reported on Congress and Latin America. Subscribe now to receive his latest columns by email.

The first time, during the start of the pandemic, leaders like former agency Director Richard Sanchez went to head up the county’s health care plan for the poor and elderly, CalOptima.

OC officials assured the public and interested communities, like medical staff and hospital administrators, that these kinds of transfers were just the result of unique career opportunities landing for these well-regarded public executives.

Those same people should be asking hard questions about what’s going on.

This most recent shake up seems quite different in that County of Orange officials aren’t rushing to advertise the fact that the Health Care Agency’s top homelessness executive, Jason Austin, and Marc Muelman, the agency’s chief of operations for public health, both abruptly left.

Austin, who came in to much fanfare over his credentials and ability to work with homeless programs, has left to work for Huntington Beach.

Muelman is headed North, slated to take over as the Director of Public Health, Policy & Planning for San Mateo County.

I couldn’t reach either Austin or Muelman, who was one of the agency’s go-to officials in answering media questions about the pandemic, including about shortages of contact tracers and testing capacities at nursing homes during outbreaks, for comment.

In her internal July 27 announcement of Muelman’s move, Bredehoft — who came to the Health Care Agency from the private sector — noted that Muelman had been a key leader on “COVID-19 response activities, supporting service-area wide efforts to optimally align staffing and resources to meet community investigation, contact tracing, testing and vaccination needs.”

After a short stint overseeing the county’s mental health outreach workers, Austin was promoted to become the county’s homelessness czar in spring 2020.

The first Health Care Agency Homelessness Czar, Susan Price, left the county for the City of Costa Mesa a short time after she was appointed.

That’s a lot of movement in an executive post that county supervisors so heralded when they created it as a sign of their commitment to better organize the county’s homelessness response.

Austin gained a reputation among activists and officials as a collaborator who brought together various community members in an effort to improve homeless care in Orange County.

Yet that didn’t win him enough allies inside the county.

Less than a year and a half into the job, Austin quietly left his county job this summer for the city of Huntington Beach, where he now oversees homeless and mental health services.

Now, when I reached out to County CEO Frank Kim to ask him about Austin’s abrupt departure, he characterized the move as someone just moving on for better opportunities.

I wonder about that.

Both departures should raise lots of questions regarding the stability of Orange County’s Health Care Agency under the watch of Dr. Clayton Chau, who is simultaneously acting as Orange County’s Public Health Officer.

Multiple officials and administrators have reached out to Voice of OC to express concern that Chau and his chief deputy, Bredehoft, are pushing out longtime experienced managers at the agency and hiring in less qualified people they consider to be loyal.

All of this should be raising lots of questions for officials at the OC Health Care Agency from their elected bosses, the county board of supervisors.

Yet they aren’t asking any questions in public.

In fact, they want less questions about anything related to COVID.

Now, I continue to question how it is possible to combine the two executive roles, which in my experience have oftentimes been at odds with each other.

How can Orange County’s top doctor also be its top public health executive, who is there to enact the policies of county supervisors, elected politicians?

How are those two roles compatible?

Note that when Dr. Nichole Quick was Orange County’s Public Health Officer, she issued one of the earliest mask mandates — something that county supervisors went silent on, or opposed, when Quick came under fire.

After a series of interviews to replace her — where some sources tell me officials asked direct questions about mask mandates during interviews — county supervisors ended up appointing Chau to take over her job.

He got rid of the local mask mandate.

Because County supervisors also had him take over Orange County’s massive Health Care Agency earlier that year, the Public Health appointment left Chau in charge of both functions.

Since then, there’s been a lot of contracts with federal pandemic bailout dollars being steered to independent agencies, like Mind OC or Advance OC, which are doing similar mental health and data work to the Health Care Agency.

Again, with no real public questioning or hearings about the strategy — or potential conflicts — behind any of this.

For example, Chau — who previously came under fire for failing to report payments he received from pharmaceutical companies while a staff executive at the county’s public health department during a previous stint — was previously the Chief Clinical and Strategy Officer for Mind OC before coming back over to the County of Orange.

Now, those kinds of relationships with vendors might be considered a plus or a minus when it comes to outsourcing work from a county agency, which taxpayers already paid to fund.

But they should be considered publicly.

Given these kinds of questions buzzing around the virtual hallways of the County of Orange, it’s amazing to me that county supervisors have yet to ask one question in public.

Last week, we reported about a workplace harassment claim getting filed by a county Health Care Agency executive against Bredehoft.

We’ve also continued to report on the lack of contextualized data coming out of the agency on COVID, something that everyone in Orange County wants to see on a daily basis.

Consider this week, the lack of available county data on COVID outbreaks at local colleges.

On the county COVID dashboard, our reporting this week showed that the dashboard still sat at zero — while students, faculty at Chapman University and other colleges in the area were experiencing outbreaks.

Students, faculty and parents got their information from college COVID dashboards.

But they had nothing to compare those dashboards against.

No way to have a second confirmation from the county public health department — because those numbers haven’t been updated.

Does it make sense to go dark on updating college COVID outbreak information — the very week classes are starting and a surge is underway?

Now supervisors don’t even get a virus update at their meetings after a majority canned the practice late June.

Even when supervisors still had regular public pandemic updates at their meetings, very few questions were asked — with most revolving around masks or diverting blame to state public health officials for virus measures, like business closures.

The only real regular press conferences at the County of Orange were held during the Chairmanship of former Supervisor Michelle Steel and ended with her successful race for Congress last November.

During the deadliest months of the pandemic — December and January — Orange County Supervisors didn’t utter a word publicly about the wave of death.

Even with recent deaths — 16 new deaths from Wednesday’s update — there’s hardly been a word uttered by a county supervisor, even in an adjournment, when local deaths are usually recognized.

Most recently, County Supervisor Katrina Foley started convening her own series of periodic news conferences to discuss the ever-changing pandemic situation in Orange County, something the local press corps appreciated.

Yet Chau recently stopped allowing HCA doctors to participate in the news conferences after two county supervisors protested county doctors showing up at press events organized by another county supervisor.

That prohibition also prompted us here at Voice of OC to restart our own town hall meetings on the pandemic, working to collect everyday residents and experts who have been tracking COVID numbers in OC to try to offer real time feedback for county officials so they can streamline COVID dashboards and make them more realtime.

This week’s panelists include:

I am also happy to report that one of OC Health Care Agency’s top doctors, Deputy Public Health Officer, Dr. Regina Chinsio-Kwong, is joining our community panel on what Orange County’s COVID numbers are telling us.

More and more, I am realizing COVID is prompting a long-term, quality of life conversation that all residents need to participate in to ensure that our collective public health is protected alongside our economy and social life.

This news agency stands committed to keeping that conversation alive, even though it may lead us to pose uncomfortable questions to each other.

Hopefully, these kinds of uncomfortable conversations — amid an atmosphere of respect and civility —  can lead us all to a healthier place.