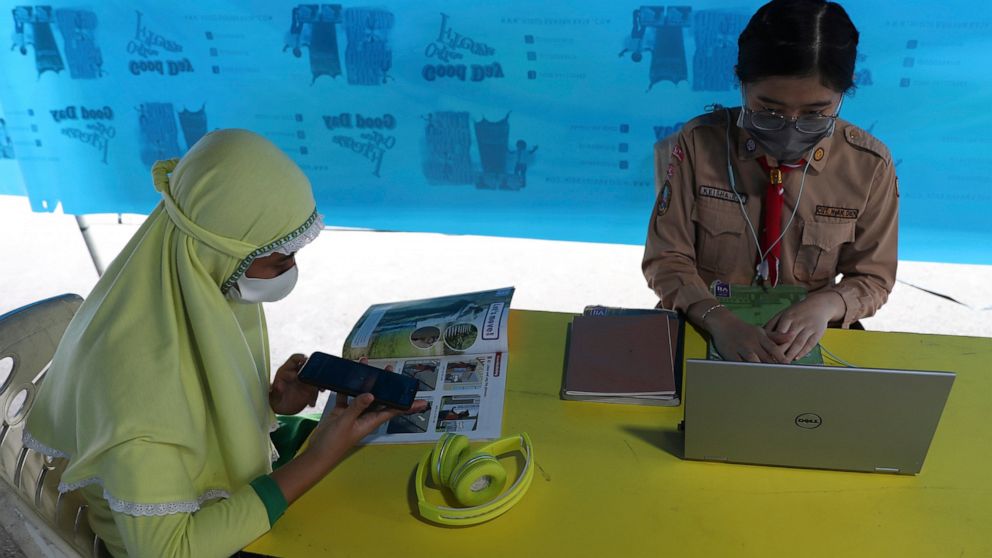 JAKARTA, Indonesia —
Indonesia’s president called on all citizens to turn the COVID-19 crisis into an advancement opportunity and pledged health care reforms in an address Friday ahead of the country’s 75th anniversary of independence.

Only half of the 575 lawmakers were in Parliament for President Joko Widodo’s speech on the eve of Independence Day, with the rest attending remotely in a social-distancing measure.

Widodo told members of parliament and top officials the resilience and capacity of Indonesia’s health services must be improved on a massive scale as the world’s fourth-most populous nation battles the worst pandemic in recent memory.

“This crisis has forced us to change our way of work, from standard ways to outstanding ways, from ordinary ways to extraordinary ways, from a long and complicated procedure to a smart shortcut,” Widodo said. “We must undertake fundamental reforms in the way we work, our readiness and speed are being tested.”

He said his administration would improve human resources and develop hospitals and health centers, as well as the medicine and medical equipment industry. He did not elaborate on how those efforts would be funded.

Indonesia’s health ministry has reported more than 130,000 coronavirus infections and nearly 6,000 deaths. The true numbers are thought to be considerably higher as testing is sharply limited in the nation of 270 million people.

Businesses are reopening after Indonesia’s economy grew just 2.9% in January-March, its slowest rate in almost two decades, as the pandemic made its effects felt.

The contraction of its gross domestic product in the second quarter was deeper than expected at 5.32%, the lowest since the first quarter of 1999, Widodo said.

The government unveiled a new relief package worth 677.2 trillion rupiah ($47.9 billion) in June to anchor the virus-battered economy.

It is bigger than the 641.17 trillion rupiah ($45.3 billion) initially allocated in late April, but slow disbursement and the increasing spread of the virus could constrain economic recovery.

As many as 3.7 million people lost their jobs, according to the National Development Planning Agency. The total will hit around 10 million by the end of the year. The agency also expected the poverty rate to rise to 10.2%.

Widodo explained the current economic situation is analogous to a computer crash in which countries are facing stagnation and must undergo a brief process of shutdown, restart, and reboot.

“All countries have the opportunity to reset all the systems,” he said. “Our current goal is not only to escape the pandemic and to get through the crisis, we are taking measures to make a big leap by making the most of the momentum of the ongoing crisis.”