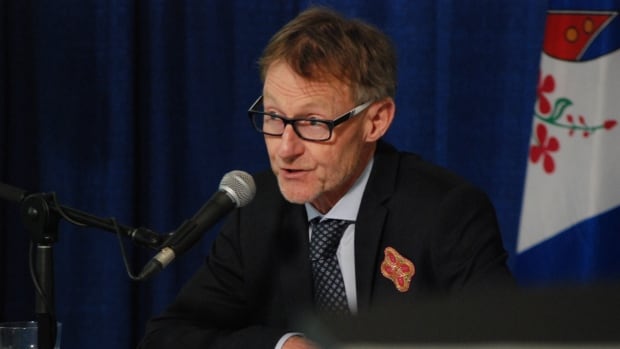 Yukon’s chief medical officer is recommending that some students wear protective face masks on school buses this year, and in other situations where physical distancing is not possible.

Dr. Brendan Hanley’s recommendation is aimed at students aged 10 and older, but not mandatory.

“I make this recommendation based on emerging evidence that older children may be just as likely to transmit COVID-19 as adults,” he said at a news conference on Wednesday.

On Friday, Canada’s federal public health agency released school guidelines with a similar recommendation for students over the age of 10 to wear masks, among other measures.

Hanley said masks will be provided to students by the Yukon Department of Education. He also said mask use inside schools will be decided by officials at each individual school.

“The general approach, though, will be toward usage in corridors and in movement between rooms, but not in classrooms where children will already be well-spaced,” he said.

Hanley also said Wednesday that he still not in favour of making masks mandatory for all Yukoners.

Operational plans for each school

Classes begin at Yukon elementary and secondary schools on Aug. 20.

On Wednesday, Education Minister Tracy-Anne McPhee said all schools have now developed their own operational plans for the coming year.

“Planning for this school year has been challenging, and different than other years. It has taken a tremendous amount of effort from individuals across the territory,” McPhee said.

The Yukon government earlier set out new health and safety measures for schools to follow when students head back to class. It includes hand washing and physical distancing requirements, as well as staggered breaks and pick-up and drop-off times.

Most Grade 10 to 12 students will only go to class part-time in Whitehorse, in an effort to keep student numbers low and maintain physical distancing. Elementary school students and high schoolers outside Whitehorse will go to school full-time, with those enhanced safety measures.

The operational plans for each school spell out how those safety measures will be observed. For example, at F.H. Collins Secondary School in Whitehorse, students in Grades 8 and 9 will be put in “pods” to limit movement in the building. That means they will remain in the same class most of the day.

McPhee said operational plans can be found on each school’s website.

She said that all plans will be monitored through the coming weeks and adjusted if necessary.

“We are completely invested in this school year being successful for students,” she said.

Some parents and teachers have been vocal about their concerns for the school year. Some, including hospital workers, have opted to home-school their kids to keep them safe, while others say they can’t afford that option.

Parents of high school students in Whitehorse have also raised concerns about their reduced class time, saying it could lead to added stress and poor grades.